What problem are you trying to solve?

Our house is 87 years old. The front sidewalk looks that old, but we have no idea if it is original. From the city sidewalk, you take some steps and then walk up to our house.

Since we’ve lived here the landing of those steps has been a mess. The concrete was damaged long ago and weeds grow very well in the cracks.

The other weekend the better-half broke up the remaining chunks and we discovered the concrete was very thin. No wonder it failed.

Thirty bucks later we have a new landing.

Before with the concrete removed: 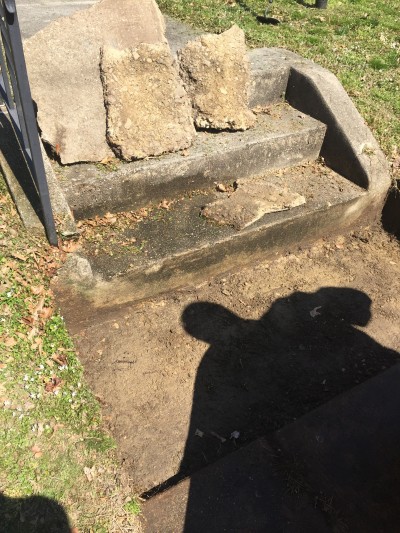 This entry was posted in Generic Thoughts, House Proud. Bookmark the permalink.